“God makes everybody different. Sometimes he runs out of ideas, so he makes a twin.” – Russell

This weekend we took a trip to Detroit Lakes for the Hagen family reunion. Last year was the first year we could go and it was a much smaller crowd this time. The “cabin” is on Lake Melissa for those of you who don’t remember it from last year.

We did a lot of the same things:

And we had a great time. Caught a lot of fish off the dock including some nice sunnies and a few bass. We ate great food and played lots of games with the Borgman cousins. But that’s not all…

So, I ran into town to get a couple of forgotten items at the Wal Mart. Fortunately for me, the Detroit Lakes Airport is within spitting distance and they happened to be having a fly in while I was there! So I stopped to take a few pictures and get some local info to help out with some Civil Air Patrol projects.

And when I mentioned that Civil Air Patrol project, it basically involves getting information from as many airports as possible on availability of internet connections and resources for crews. When we have a good survey done, we can make recommendations for stop off points for crews to not only take a break, but also upload data that they are collecting as part of the mission. So… I really need to visit as many airports as I possibly can. We stopped at four other airports on the way home so I could “collect information” and of course just check them out for the fun of it. Here’s a couple pics:

Perham’s courtesy car is the coolest one I’ve ever seen! They did a great job making this one blend into the hillbilly landscape.

This safety placard is posted in the men’s restroom at Little Falls airport. Good reminder for all of us to heed.

Well, okay. Not necessarily at the same time.

I was in charge of the kids Wednesday. All day. Me. So I needed to come up with something to do and of course I decided: road trip!

First stop was Interstate State Park in Taylors Falls. They had a tour scheduled daily that walked through the “pothole” area of the park with a naturalist explaining all the unique geology. So when we show up for the tour, nobody else is there and the kids and I basically get a private tour. Cool!

There was a  lot of neat stuff, including chipmunks and frogs and even some tadpoles to see.

There were some YMCA campers doing rock climbing as well. We ended up eating our picnic lunch in the truck because it kept raining.

So, we were so close to Wisconsin that we just had to go over there and get Mary some cheese curds. We stopped at a couple places along the way, of course.

This is the store we stopped at in St. Croix Falls to get the cheese curds. Russell wanted to get something and he picked out what he thought was some chocolate candies. Turns out it was made of dates and sesame seeds! Darn hippies!

We then took a drive down the Wisconsin side of the river and stopped at the Osceola airport (KOEO). Nice little pilot’s lounge, with wi-fi and two (that’s 2!) courtesy cars available to drive into town for lunch when you fly in there.

Then we went up to Stillwater and walked around in the rain.

After that we headed home. Nice fun day and as we like to do, saw a few new things. See ya!

We took a short trip to the north shore this weekend. We stayed at Gooseberry Falls State Park and camped there on Sunday night.

As you can see under the table, we decided to bring the dog. We soon discovered that this really limited our options on activities, primarily because he has separation anxiety. From any of us. Any time we walked away.

We also went into Duluth and even visited Sky Harbor Airport (KDYT) and Two Harbors Municipal Airport (KTWM). Check out the picture of Sky Harbor. They land sea planes next to it in the water and the ones with wheels land on the asphalt.  Too cool!

We’ve got a state park pass now and the plan is to take our brand new tent out a few more times this summer and get some stamps in our state park passport. See you later.

Some guitars appeared in the house after Christmas, including one electric and the game Rocksmith. Now we just need to build up the practice habit. 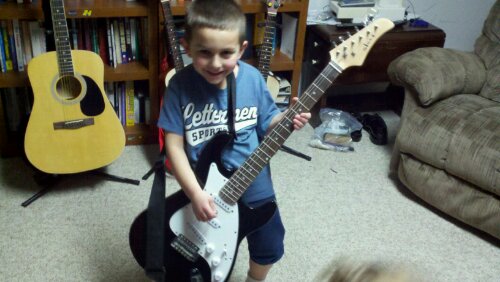 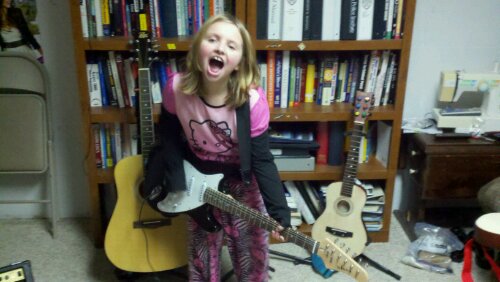 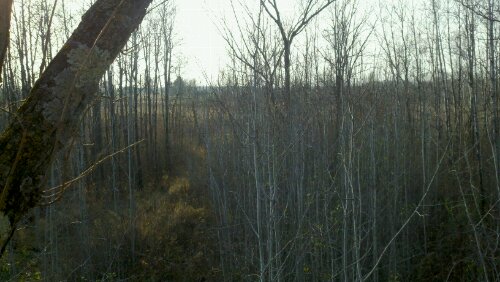 I hate the wind. Keeps the deer from moving around. Still love the view from the stand, though. 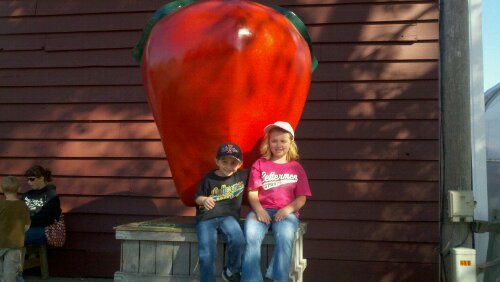